Free Yourself To Be Yourself: Don’t Let Bladder Leakage Hold You Back

“Congratulations! You don’t have breast cancer,” said the surgeon as Monica woke up from her surgery. They had removed all of her breast tissue and all the lymph nodes in her right arm.

Five years later when she was sitting in my office, she said, “What they did not tell me was that I was going to have to live with my arm this swollen. I have to wear this sleeve that does not feel like it does anything.” Monica’s right arm had swelled up like a balloon right after the surgery and had been like that for five years. 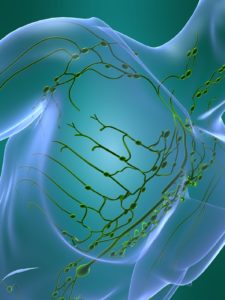 When they took out all of the lymph nodes in Monica’s arm, it left the lymphatics in her arm working inefficiently. The lymphatics were blocked and unable to drain. The backup in lymphatics made her arm swell up dramatically with lymph fluid.

Monica had found a lymph node transplant surgery where they transplant lymph nodes from her groin area. Even then, the surgery was not going to make her arm look like before the nodes were removed. The surgeon had recommended to try to get her arm as drained as possible prior to the surgery for the best chance of success.

She came in to see if there was anything we could accomplish. I did not know to what extent I could help. Having been through chemo, radiation, and surgery, the first thing I noticed was how scarred not just her arm felt, but her rib cage. The ribs were incredibly rigid and the fascia (connective tissue) was adhered to her ribs.

I cannot explain it with words, but her rib cage did not feel very “alive.” It felt petrified or like a dried out piece of wood. The soft tissues were also so tight in her chest going to her shoulder, they were pulling the shoulder into the rib cage and pinning the ball into the socket.

As I put pressure on certain areas, I expected them to be extremely tender from the way they felt.  They were not. They were numb. So besides the swelling, her arm and ribs were numb. So I went to work. I worked to release her rib cage, collarbone, shoulder, and arm as much as I could. I was hoping that removing the soft tissue blockages and restoring motion to the bones would help get the main lymphatic vessels to drain under the collarbone.

When I was done, her arm visually looked the same. However, her arm felt more like a sponge rather than a grapefruit. It actually felt much better. It felt like there had been a significant amount of lymphatic drainage out of her arm. Monica noticed the immediate improvement in her arm and felt it was easier to move her shoulder. The important question was, would it hold?

When Monica returned about a week later, her arm still felt much better to Monica. Visually it looked swollen still, but it still felt more like a sponge rather than a grapefruit. The ribs and arm felt more “alive.”

“Putting on an oven mitt feels very different,” she stated. Interestingly as I began working to release more tissues in the areas that we had been working on the week before, Monica winced.

“That’s tender,” she said. Areas that had been numb for five years prior to the treatment were suddenly beginning to have sensation. She and I were amazed at how quickly sensation started coming back into the area. On subsequent visits, there has been more and more sensation as we have continued to make more progress. All this took place in a few short weeks. All I had to do was remove the blockages as much as possible and her body could take the healing process further.

The osteopath’s job is to be a catalyst or a facilitator to give the body what it needs to heal the things it was unable to prior to the treatment. Once the process has started, the body will continue to work with what has been done as far as it can as it is constantly is working towards health.

“Find it. Fix it. Leave it alone. Nature will do the rest.” Andrew Taylor Still, D.O. (Founder of Osteopathy)